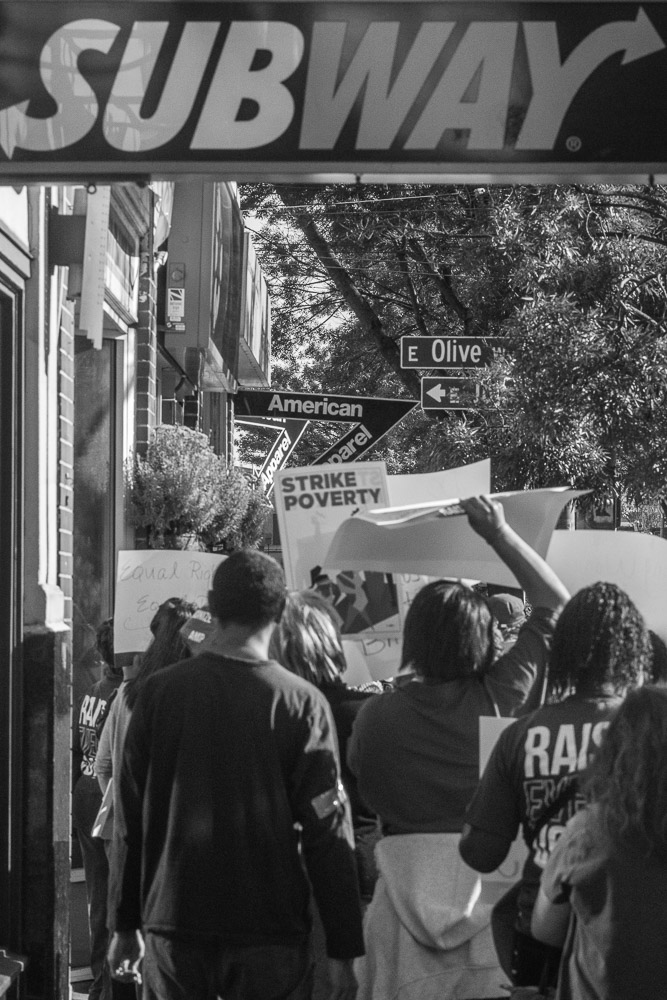 Photographs open doors into the past, but they also allow a look into the future. — Sally Mann

A good snapshot keeps a moment from running away. ― Eudora Welty

It is Labor Day.

And personally, I want to remember what this day is really about.

It is not about:

No. Labor Day did not begin with picnics, parades, parties, and spending. It began in the streets with labor strikes and bloody riots. Labor Day was established to honor American men and women who did the hard work and heavy lifting that built the world’s biggest, most productive, and once prosperous economy. It lifted not just the individual worker, but what workers accomplished together through activism and organizing, the fight of the union movement.

When it comes to remembering, photographs rule! In our noodled brains, vision trumps all other senses. We are incredible at remembering pictures.

So, thank goodness for the social documentary photographers who never let us forget. By showing living or working conditions of underprivileged or disadvantaged people, their images can move people toward political and social change.

I did not know about his work until now. He has been called ”labor’s photographer,” making images that shaped American labor. “From 1947 to 1975, he photographed labor union membership meetings, marches, strikes, demonstrations, picnics, banquets and other events. He climbed scaffolds, picked his way through abandoned tenements, and followed local union chiefs and national and international leaders (such as Eleanor Roosevelt, Martin Luther King Jr., John F. Kennedy, and U Thant), going wherever the concerns of labor took him.” I bow deeply.

That reminds me. Beside my television is a CD of another social documentary photographer, Brazilian photographer Sebastião Salgado, whose work I have been eager to get to know. I cannot wait to see it!

I will report back soon.

Another Solstice Came and Went