I LOVE MY SISTER (CITY)! “Art Across the Water” exhibit at the Tulista Gallery in Sidney, BC

I’m just now back from a spectacular four days in Sidney, British Columbia, sister city to Anacortes. The primary purpose of this trip was to attend the art exhibition, “Art Across the Water,” at Tulista Gallery, a show that included one of my photographs, and to go to the opening reception for the show which was held at the amazing Shaw Ocean Discovery Centre/Aquarium of the Salish Sea. All those orphic and beautiful creatures on display are residents of the adjacent waters of the Salish Sea.

The town of Sidney is a small, vibrant seaside town located on the east coast of the Saanich Peninsula, a long promontory north of Victoria, B.C. that has become known as the “Provence” of Vancouver Island. I was so smitten with the place and time was so short that all I wanted to do was be there, unencumbered by camera, fully present in the town to experience its visual beauty, cultural vibe, and friendliness. So, other than a few quick digital images I made no film-based photographs. Here’s a glimpse: 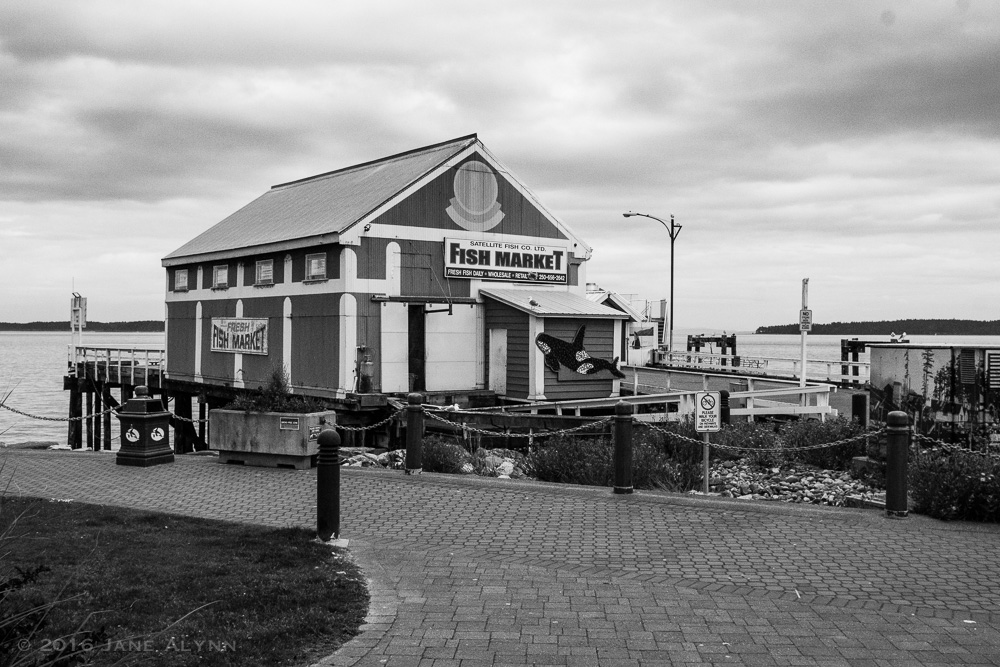 Hungry seal at the Beacon Wharf Fish Market, Sidney, BC

Public art along Sidney’s waterfront walkway provides, like punctuation, stopping places for the eye and mind. Here is a sampling: 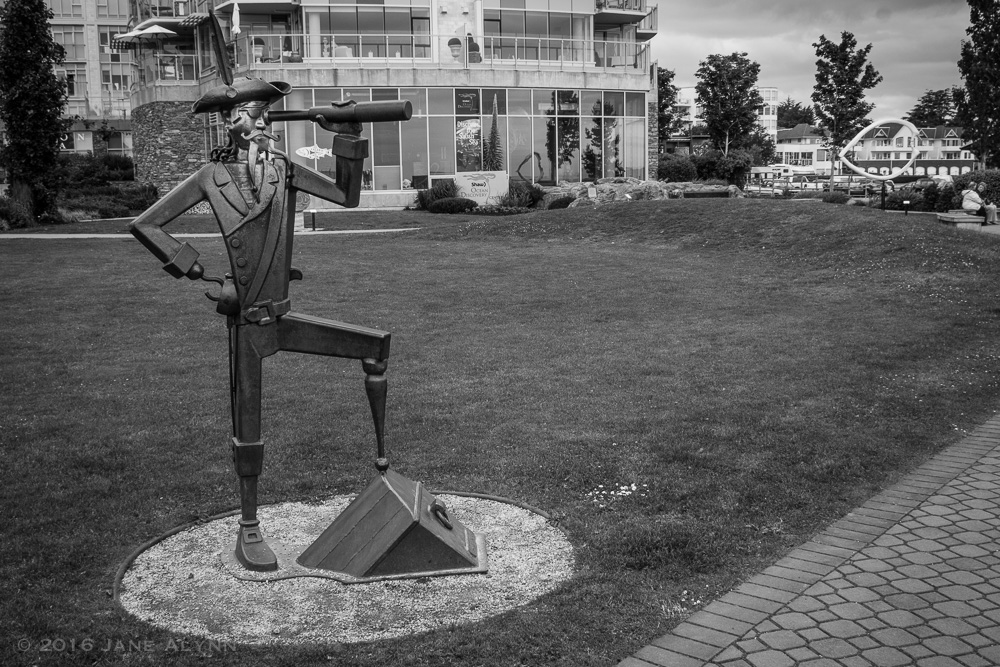 And then there are the “bench people,” sculptures created and installed by Nathan Scott. “Old Salty is looking to the sky and warming himself in the sun:

When we finally tore ourselves away from downtown Sidney, we drove around the north and central regions of the peninsula, hugging the coastline as close as was possible, and meandered through the pastoral communities of the peninsula. Then heading south and west, bypassing Victoria this trip, we drove the old island highway along the Strait of Juan de Fuca as far as Sooke Bay. There we discovered the magnificent Sooke Harbour House on Whiffen Spit Road.

Flashback. Nineteen years ago I had written to Sinclair Philip of the Sooke Harbour House to ask about his use of edible flowers in his entreés. I was writing a piece on edible flowers, and someone (I can’t remember who) had recommended him as the best resource. At that time I assumed he was the executive chef. He responded, kindly and generously, with recipes and expressed an interest in seeing the finished piece. I regret never following through with the project or my communication with him.

Haunted by the memory, I searched for the Sooke Harbour House as soon as I got home. Turns out, Sinclair Philip and his wife Frederique own the place and have for the last 38 years.

I didn’t meet him this trip either, but I made a parting shot of the driftwood arbor that marked the entry to the grounds. Its intricate latticework seemed, somehow, to be a metaphor for the riddle and weave of this synchronous discovery.