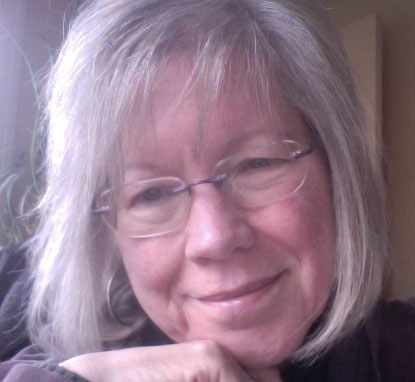 Jane Alynn was born in Portland, Oregon, in 1944. From childhood she prepared for a career as a classical ballet dancer. However, once she was in New York City, still a teenager, she quickly soured on the brutality of a dancer’s life. She then pursued an education in clinical psychology. Ten years into her practice she acquired a camera and found her passion. Whenever she was not seeing patients, she was photographing— exploring the natural world that had shaped her childhood, its light and shadow, delicacy and tenacity, life and decay.

Unable to pursue a formal education in photography at the time, she developed her vision by devouring photo books, studying of the work of masters, and taking workshops with gifted teachers.

A frequent reference to “the poetic image” roused her curiosity. What did it mean for a visual image to be imbued with poetic qualities? Although elusive, she intuitively knew that certain photographs—those to which she was drawn—were charged with special power. Soon after relocating to the Skagit Valley in northwestern Washington State she took up that inquiry seriously, dividing her artistic life between photography and creative writing. After earning an M.F.A. in poetry, in 2002, she published two books of poems and offered many presentations and workshops focused on creating poetic images.

Her photographs are exhibited regularly and are collected in the New Mexico History Museum, Palace of the Governors Photo Archives, in Santa Fe, New Mexico, and in Western Washington University. Among her awards, she was recognized in 2013 with a Women in Photography award by the Larson Gallery in Yakima, WA, and she was selected in 2014 as a finalist in Photolucida’s Critical Mass.

A Pacific Northwest native, I have a deep affinity for the natural world, the beauty and mystery of the landscape—its patterns, textures, forms, shaped and storied terrain—and its vulnerability. I am especially drawn to liminal landscapes, thresholds, places of transition, terrain that is tinged with a certain ambiguity. I want to convey that which is fragile, fleeting, ephemeral, a metaphor for our transitory existence, reminders that what we think is fixed is bound to disappear.

As poet and photographer, I try for images that suggest the glimmer of dream, memory, metaphor, that which lies beneath and beyond—terrain shared by both arts. I approach nature receptively, relying on experience rather than thought.

My work is greatly influenced by early twentieth century pictorial photographers, such as Alvin Langdon Coburn and Edward Steichen, with their subtle tonal and tactile aspects, soft focus, often strikingly ambiguous, painterly and poetic, whose expressive aim was to convey a mood of dreaminess to stimulate the imagination.

Since the nineties I have largely worked without a lens, using a medium format camera fit with a simple, non-lens optical device called a zone plate that diffracts light, which softens the image and creates a glow or “halo,” infusing forms with a glint of the numinous. With high-speed black and white film, ambiguity is reinforced. The nudge toward abstraction helps to shift perception and to tempt the imagination to see beyond the literal.

I love the mystery and dark beauty these lensless images convey visually. And I love that I’m often surprised the prints reveal something that was not visible in the viewfinder.